If COVID-19 has taught us anything, it’s that good b 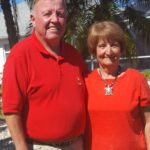 egets good. In a time of crisis, loneliness and fear, Seniors in Service volunteers have found ways to bring sunshine. Our volunteers Don and Connie Smith are a great example. They, along with their neighbor, Jackie Potts grew hope with just some tomatoes.

On March 14th, 2020, the world of Sun City Center, a large active senior living community literally shut down. The pools where swimmers and sunbathers previously gathered were closed; the clubhouses allowed no one in; and neighbors were isolated from each other.

Isolation and loneliness, already a problem for seniors before COVID-19, has been linked to many physical and mental health problems. Estimated to increase the risk of early death by 26%, the harmful effects of chronic loneliness surpass obesity and even smoking. The isolation stemming from mandatory stay-at-home orders sowed confusion and fear in this close-knit community. That changed, in part, when Sun City residents Don, Connie and Jackie stumbled upon Pacific Tomato Growers Packing House.

Hit devastatingly hard, Pacific Tomato Growers in Palmetto put out a call to the surrounding community: they put 25 pound boxes of tomatoes on sale for just $5. In an interview with Fox 13 News, owner John Esformes stated, “Every box that we can sell means that we can keep people working during this crisis.” 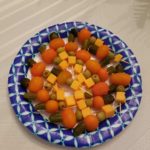 week into quarantine, Don and Connie took a drive out to Palmetto to escape the monotony. There they encountered Pacific Tomato Growers. Don stated, “I saw the advertisement and thought, ‘Why don’t we buy some and just give them to our neighbors?’” And so, the tomato giveaways began.

Don and Connie gave a box to Jackie, who gave tomatoes to her friends, who in turn wanted to give tomatoes to their friends, and the chain reaction continued. Jackie explained, “People shared with other people, I can’t even begin to guess how many people benefited over here. It was a way to reach out to people that was different, and that we hadn’t really experienced yet.” Don described their friends’ reactions, “You’d think we gave them a million bucks.”

Don, Connie, and Jackie essentially played the world’s greatest game of ding-dong-ditch. “We called our friends to let them know we were coming. Then we’d place them on the doorstep, knock, and run back to the car,” Don explained. “I thought, this could be our mission. Let’s do something good for people.”

Don and Connie kicked their efforts up a notch after they saw the effect their gifts had on people. They began to create “skewers”: a chunk of cheese, olive, cherry tomatoes, and a piece of sweet gherkin on a stick. The pair wore gloves and masks as they made these treats, placed them on paper plates, and put the plates in gallon bags to deliver to their friends.

Over the next few weeks, Don and Connie bought over 1,000 pounds of tomatoes, while Jackie helped deliver them 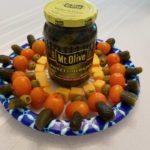 to neighbors on the other side of Sun City Center. “I’d pull up in my golf cart and deliver the tomatoes on my side of the neighborhood. A week or so in, people thought, ‘That’s a really nice idea. Here are 5 dollars, and I’ll pass them along to people, too.’” described Jackie. “But Don, he wouldn’t take the money.”

The original plan of giving tomatoes to isolated neighbors soon turned into a “pay it forward” scenario. Don shared, “We started seeing something that we used to see when we were kids…because we refused to take money. So they’d say, ‘Here, have some blueberries, coffee cake…’ the way we used to in our neighborhood growing up.” One man’s effort to keep his employees led to three people’s effort to bring happiness, which led to an even larger group giving back to each other.

Though residents have become more adjusted to “the new normal,” Don, Connie, and Jackie’s efforts to bring happiness to their community will not be forgotten. “The timing of it was so special – we were all down and uncertain, and here’s this little ray of hope popping in and out all over the place.” Jackie explained. “It was such a wonderful idea, and so many people…it just unfolded and blossomed all over on both sides (of Sun City.)”

“I was hoping this would stimulate others to help someone,” Don explained. Don has taught us that a small gesture, like a tomato, can create a chain reaction that uplifts an entire community. Good begets good.

Your support helps us recruit, screen, mobilize, recognize and retain the caring, dedicated volunteers who make our community a better place.  FOR A LIMITED TIME, ALL DONATIONS to Seniors in Service are doubled thanks to Suncoast Credit Union. Help to support the volunteers whose community service benefits us all. Click here to learn more!

You have Successfully Subscribed!